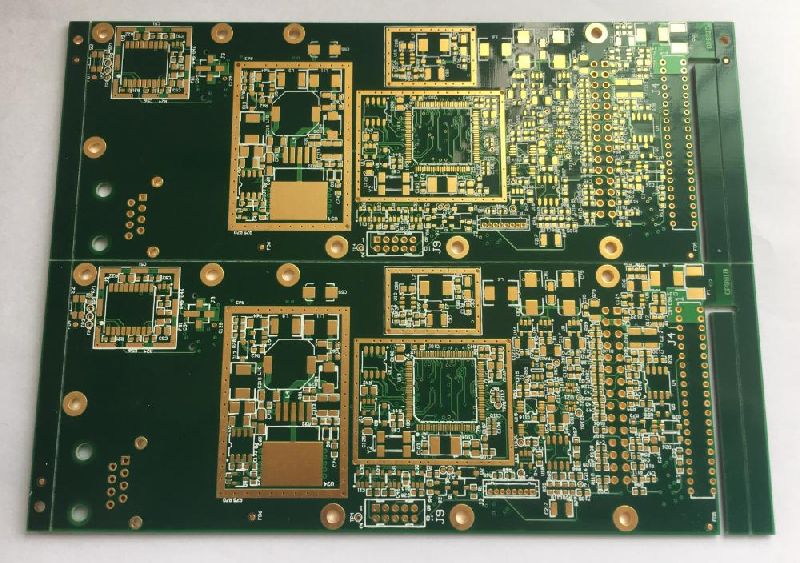 In general, HDI PCB has the following advantages:

1. Reduce PCB cost: When the density of PCB increases beyond the eight-layer board, it will be manufactured in HDI, and the cost will be lower than that of traditional complicated press-forming process.

2. Increasing line density: The interconnection of traditional circuit boards and parts must be connected to the via conductors through the lines around the QFP, so these lines need to occupy some space. The micro-hole technology can hide the wiring required for the interconnection to the next layer, and the connection between the pads and the leads between different layers is directly connected by the blind holes in the pad, without QFP wiring. Therefore, some solder pads (such as mini-BGA or CSP ball soldering) can be placed on the outer surface to support more parts, which increases the density of the board.

3. Conducive to the use of advanced packaging technology: the general traditional drilling technology due to the size of the pad (through-hole) and mechanical drilling, and can not meet the needs of small parts of the new generation of fine lines. With advances in microtia technology, designers can design the latest high-density IC package technologies, such as Array package, CSP, and DCA (Direct Chip Attach) into the system.

4. Have better electrical performance and signal correctness: the use of micro-hole interconnection can reduce signal reflection and crosstalk between lines, and the circuit board design can add more space, due to micro-hole The physical structure is small and short, so the effect of inductance and capacitance can be reduced, and the switching noise during signal transmission can also be reduced.

5. Better reliability: Due to the thin thickness and the aspect ratio of 1:1, the micropores have higher reliability when transmitting signals than ordinary through holes.

8. Increase design efficiency: Micro-hole technology allows the circuit to be arranged in the inner layer, so that the circuit designer has more design space, so the efficiency of the line design can be higher.

HDI is currently widely used in mobile phones, digital (camera) cameras, MP3, MP4, notebook computers, automotive electronics, and other digital products, among which mobile phones are the most widely used.