Is mass production possible in prototype printed circuit board?

At the lowest level are programs focused on the design of prototype printed circuit board and the initial preparation of topologies. Such PCB design programs are generally free and incorporated into more powerful PCB design systems.

What are the advantages of prototype printed circuit board?

The advantage of the program is that after generating Gerber and NC Drill files the user continues to work in the familiar graphical shell. This does not require learning a new interface. The package has a basic set of tools for checking special rules DFM (Design for Manufacturing) and DFF:

Gerber RS-274X and Excellon are common here as the main output formats of the PCB scheme. It is possible to generate data files in the ODB ++ format.

What is the use of Excel CAM in prototype printed circuit board?

Another product aimed exclusively at the initial preparation of CAM data is the ExcelCAM product come as part of the Zuken CADSTAR design system. This is a stand-alone application, a free version of which is available on the developer’s site.

The product provides the ability to:

A very useful function is the ability to generate design files for the CADSTAR system in the textual format CADIF from Gerber data.

What design package is common for prototype printed circuit board?

More powerful solutions include the Zuken CR-5000 design package, the preparation of production inside of which comes out using the prototype printed circuit board. This product can hardly execute an initial training tool.

Similarly, it provides users with a very high level of functionality, in fact, reflecting the overall level of design in the CR-5000 system. 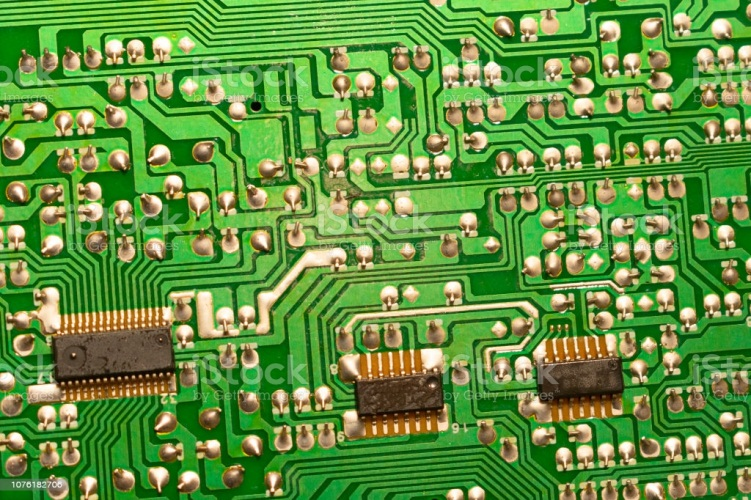 In addition to the usual optimization and generation of output files, it maintains a single database for development and production processes. This allows you to integrate production elements into an existing project. Thus, it is possible to add graphical information to the project on special technological layers.

What are the soft wares common for?

With products from other manufacturers of prototype printed circuit board software such as:

These are worth discussing separately. First of all, we should note that the products of Wise Software Solutions.

This company markets two software products: GerbTool and VisualCAM, which have a similar interface. It provides users with a wide range of functions for processing CAM files.

Development of prototype printed circuit board panels in the GerbTool system

PCB programs come by the ODB ++ data format as the main one. This allows a complete set of design information (layer topologies, drills, netlists, lists of common materials) to receive directly from the design system. Moreover, it facilitates the subsequent processing of this data.

In addition, the packages support the import and export of Gerber RS-274D and RS-274X, FIRE9000, Excellon, Direct CAM, IPC-D-356 and others, as well as PADS ASCII, which makes them attractive to users of the Mentor PADS design system for prototype printed circuit board.

Another manufacturer of PCB routing software, Downstream Technologies, can boast. Moreover,  tit has retained its independence and is the developer of the most popular CAM350 pre-production system in China. This popularity is due to the high degree of integration with the P-CAD 200x design system (formerly ACCEL EDA).

It is very popular in our country. Several years ago, the developers made a qualitative leap in product development and created a new user interface.  It appeared on standard functions of the Microsoft Windows operating system. Hence, it greatly simplified access to the existing functions of the CAM350 package, and also removed the restrictions on expanding its functionality.

Concluding the review of mid-range autonomous CAM systems, one cannot fail to mention the company Perbaigix (formerly Lauenig). It is famous for having previously decent prototype printed circuit board relatively cheap but efficient Pulsar series photoplotters. The firm later focused on software development and currently offers users a line of products, the powerful of which is the CAMmaster.

What is the advantage of CAMmaster?

The advantages of the product include a very developed system of macros that allows you to record all the sequences of operations performed, modify, group and save them. The subsequent launch of such macros allows achieving a high degree of automation in the processing of projects using a standard set of DRC, DFM and DFF checks. Let’s add,

Powerful prototype printed circuit board solutions include products from the alliance of three companies Orbotech. Similarly, each company offers its own a set of products that integrate into a coherent system.

We are professional in the supply of technological equipment for the production of photomasks, direct exposure of foil materials, as well as optical verification systems for printed circuit boards.

Is mass production possible in prototype printed circuit board?

Today, mass production in the Southeast Asian countries dictates the redistribution of producers’ costs. Furthermore, the global shortage of copper and the increase in prices for materials for the manufacture of dielectrics affect the costs of PCB manufacturers. Similarly, it reduces their profits.

At present, production of prototype circuit board continues to grow and is approaching more than 3/4 of the world PP production. But the producers of the Southeast Asian countries note a number of problems that dictate a different production policy.  Moreover, let’s note the most significant of them:

Especially critical for the Southeast Asian countries is the labor cost of highly qualified specialists;

Increase in prices for energy carriers and raw materials;

In this regard, experts note a decrease in the dynamics of growth in prototype printed circuit board production in Southeast Asia. Similarly, it happened at the end of 2005 to 10-11% and further stable preservation of this indicator until 2010. According to forecasts, the world growth in the production of printed circuit boards will be about 9-10%.

Taking into account the current situation, Western analysts note a constant increase in the cost of the final product. Furthermore, it leads to a gradual leveling off of world PP prices. Interestingly, SEA companies that have captured the American market with dumped prices are now complaining about a strong decline in profits.