Before embarking on the process of evaluating what is PCB Assembly testing service, it is vital to understand what assembling testing is. Another pertinent question is why is assembly testing so important?

PCB stands for the print circuit board. It is the printed circuit board that offers mechanical support as well as connects the electrical components electronically. The base of the PCB comprises a non-conductive substrate laminated with copper sheets. A variety of traces, conductive pathways, and tracks are etched on the sheet. PCB Assembly is the process of connecting these components.

For a layman, a PCB assembly simply refers to connecting and attaching the mechanically and electrical components such that electricity flows smoothly. The disruption to the flow of electricity leads to malfunctioning and interruption in the otherwise smoothly functioning electronic devices.

Why is PCB Assembly Testing Necessary?

The PCB Assembly ensures the successful operation of electronic devices. Thus, once a PCB has been assembled, it is necessary to test it. This is just like after learning any new thing you have to undertake an exam to prove your competence. Similarly, assembly testing is to prove the feasibility of a PCB Assembly.

In the long run PCB assembly testing has a plethora of benefits.

The PCB assembly testing ensures that the final product is free from all bugs and errors. It also leads to establishing a good repute of electronic goods in the market. When the final product is free from faults, there is barely any need to handle customer complaints and defective products. Moreover, due to the high functioning products the company establishes a stronghold in the market due to high customer satisfaction.

PCB assembly testing employs a plethora of techniques. However, there is no one technique that yields perfect results. The technique employed for your use has to be in accordance with your needs and environment. This is the only way to ensure that assembly testing yields appropriate results.

It is important to know the techniques of PCB assembly testing along with their pros and cons. 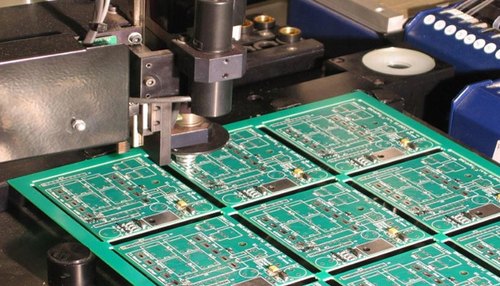 A wide variety of test environments are run for functional circuit tests. A variety of supply levels, frequencies as well as several other parameters are used to ensure the high specificity of the test.

There are a few shortcomings of this technique. It does not provide a detail of the bugs. It only identifies the pass/fails status of the product as a whole.

It is the most versatile type of PCB assembly testing technique. It is primarily used for testing integrated circuits. All nodes of a circuit are not assessed in a boundary scan test. JTAG is the alternative and rather more specific term for referring to boundary scan tests.

The low cost is the primary advantage of the boundary test. This along with its access capabilities has led to the growing popularity of boundary scan tests.

In case you have a set of densely printed and highly complex circuit designs, it is wise to use a boundary scan test.

The in-circuit test is a test of the functioning of each component. To assess the overall product functioning, each product is separately tested. A set of test probes called a bed of nails is used to access the nodes on an assembly. ICT tests each component individually.

ICT due to the thorough testing feature is catches about 98% of the manufacturing faults. The equipment required for ICT is the software, fixture, and the in-circuit tester. It adequately measures the resistance and capacitance thus it is the best choice for testing analogue circuits.

The ICT method is a rather expensive one due to its high specificity. Thus, it would be more suited to use in the case of high-volume products. It is also good for testing the product in the latter stages.

A PCB testing method that is just as competent as ICT but a lot less expensive? Well, that would be the flying probe test. It is primarily an ICT test but operating without fixtures has reduced the cost significantly. A software-controlled program and single fixture can smoothly run the flying probe test. A single fixture holds the board while test pins move and evaluate each of the components.

Despite being slower than ICT, the flying probe test has gained quite popularity. It is easy to use and cost-effective. Thus, it is more suitable for low-volume product testing.

As a manufacturer, it is incredibly important to offer a PCB Assembly testing service for your electronics. There are plenty of benefits of running these tests. Thus, regardless of the technique being employed PCB Assembly Testing is a must. It allows you to save time, money, and your reputation in the long run.