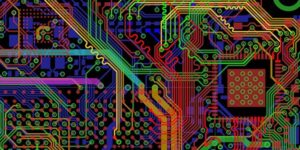 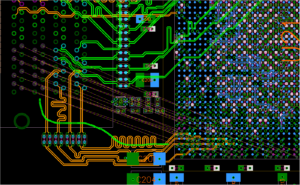 Figure 1 shows an unreasonable layout of audio components. There are two serious problems. One is that the audio amplifier is too far from the audio signal source, which increases the chance of noise coupling because the leads pass near the noisy digital and switching circuits. Longer leads also enhance the RF antenna effect. If a mobile phone uses GSM technology, these antennas can pick up the GSM transmitted signal and feed it into an audio amplifier. Almost all amplifiers can demodulate the 217Hz envelope to some extent, producing noise at the output. In bad cases, the noise can drown out the audio signal completely, and shortening the length of the input leads can effectively reduce the noise coupled to the audio amplifier. The second audio amplifier is placed too far from the speaker and headphone socket. If the audio amplifier is a Class D amplifier, a longer headphone lead will increase the EMI radiation of the amplifier. The radiation could cause the device to fail testing standards set by local authorities. Longer headphone and microphone leads also increase lead impedance and reduce the power that can be captured by the load. Finally, because components are so scattered, wires between components will have to pass through other subsystems. This not only increases the difficulty of wiring the audio part, but also the other subsystems.

FIG. 2 shows the arrangement of the same elements in FIG. 1. The rearranged elements make more efficient use of space and shorten the lead length. Note that all audio circuits are allocated near the headphone jack and speakers, the audio input and output leads are much shorter than the above scheme, and no audio circuits are placed in other areas of the PCB. Such a design can reduce overall system noise, reduce RF interference, and simple wiring.

After the components are laid out, wiring can begin.

When the assembly density is allowed, low-density wiring design should be selected as far as possible, and the signal wiring should be as thick and thin as possible, which is conducive to impedance matching.

For RF circuit, the unreasonable design of signal line direction, width and line spacing may cause cross interference between signal transmission lines. The signal path has very limited influence on the noise and distortion of the audio output, that is to say, there are very few compromises that need to be provided to ensure performance. Audio amplifiers are usually powered directly by batteries and require considerable current. If long and thin power leads are used, power ripple will be increased. Compared with short and wide leads, the impedance of long and thin leads is larger, and the current changes generated by the lead impedance are converted into voltage changes, which are fed into the device. To optimize performance, the amplifier power supply should use the shortest possible lead. Differential signals should be used whenever possible. Differential input has high noise suppression, so differential receiver can suppress common-mode noise on positive and negative signal lines. In order to make full use of the advantages of the differential amplifier, it is very important to keep the length of the same differential signal line pair during wiring, so that they have the same impedance, and they are as close to each other as possible so that their coupling noise is the same. The differential input of the amplifier is very effective in suppressing noise from the system’s digital circuits. In addition, the system power supply itself also exists noise interference, so in the design of RF circuit PCB must be considered comprehensively, reasonable wiring.

When wiring, all wiring should be far away from the border of THE PCB board (about 2mm), so as not to cause or have the hidden danger of wire breaking during PCB board production. The power line should be as wide as possible to reduce the resistance of the loop. At the same time, the direction of the power line and the ground line should be consistent with the direction of data transmission to improve the anti-interference ability. The signal lines should be as short as possible and the number of holes should be reduced as far as possible. The shorter the connection between components, the better, to reduce the distribution of parameters and electromagnetic interference between each other; For incompatible signal lines should be far away from each other, and try to avoid parallel lines, and in the positive two sides of the application of mutual vertical signal lines; Wiring in need of corner address should be 135° Angle as appropriate, avoid turning right angles.

* For circuit block processing, rf circuit can be basically divided into high frequency amplification, mixing, demodulation, local vibration and other parts, to provide a common potential reference point for each circuit module circuit grounding, so that the signal can be transmitted between different circuit modules. It is then summarized at the point where the RF circuit PCB is connected to the ground, i.e. summarized at the main ground. Since there is only one reference point, there is no common impedance coupling and thus no mutual interference problem.

* If space permits, it is better to isolate each module with ground wire to prevent signal coupling effect between each other.

For audio circuits, grounding is critical to achieving the performance requirements of the audio system. Grounding in any system has two important considerations: first, it is the return path of current flowing through the device, and second, the reference potential of the digital and analog circuits. Here are some tips that apply to all systems:

* Establish a continuous ground plane for the digital circuit. The digital current of the formation is returned through a signal path, and the area of this loop should be kept to a minimum to reduce antenna effects and parasitic inductance. Ensure that all digital signal leads have corresponding ground paths. This layer should cover the same area as the digital signal leads and have as few breakpoints as possible. Breakpoints in the formation, including through-holes, allow the earth current to flow through a larger loop, resulting in greater radiation and noise.

* Analog circuit uses star grounding. Star grounding refers to a point on the PCB as the common ground point, and only this point is considered as the ground potential. In cellular phones, the ground end of the battery is usually regarded as the star ground point. The current flowing into the ground plane does not disappear automatically, and all the ground current will be merged into this ground point. Audio amplifiers absorb considerable current, which affects the reference ground of the circuit itself and that of other systems. To solve this problem, it is best to provide a dedicated return loop to bridge the amplifier’s power ground and the headphone jack’s ground loop. Note that these dedicated loops do not pass through the digital signal lines, as they will block the digital return current.

An example of a grounded circuit board

FIG. 3 is an example of a circuit board with a good grounding distribution (i.e., silkscreen layer and layer example), FIG. 3 (a) is the substrate layout A(front), FIG. 3 (b) is the substrate layout B(back). The first thing to note is that the PCB has a digital region at the bottom and an analog region at the top. The only signal lines crossing the zone boundary are the I2C control signals, and these signal lines have a direct return path to ensure that the digital signal exists only in the digital zone without digital ground current due to formation segmentation. Note also that most of the ground plane is continuous, and that the digital regions are far enough apart from each other to allow the current channel to flow smoothly, even if there are some interruptions. In this case, the star ground point is in the top left corner of the PCB. Breakpoints in the analog formation ensure that the current from the Class D amplifier and charge pump is returned directly to the star ground point without interfering with other analog layers. Also note that the headphone jack has a lead that returns the earphone ground current directly to the star ground point.

The above well-designed PCB is time-consuming and challenging, but the investment is well worth it. Good PCB layout helps reduce system noise, improve RF signal suppression and reduce signal distortion. A good PCB design will also improve EMI performance, possibly requiring less shielding. If the PCB is not reasonable, problems can occur during the testing phase that could have been avoided. It may be too late to solve the problem, requiring more time, effort, and sometimes additional components, adding cost and complexity to the system.