A circuit board prototype is normally a design of how the original product will look like as well as its functionality. Prototyping printed circuit boards is an important process that occurs before mass production and the subsequent launch of new printed circuit boards. This process determines whether the proposed PCB design works properly, which will help identify potential errors and allow developers to make the necessary changes. producing these new products in large quantity leaves PCBs alone and cannot start without a prototyping phase. 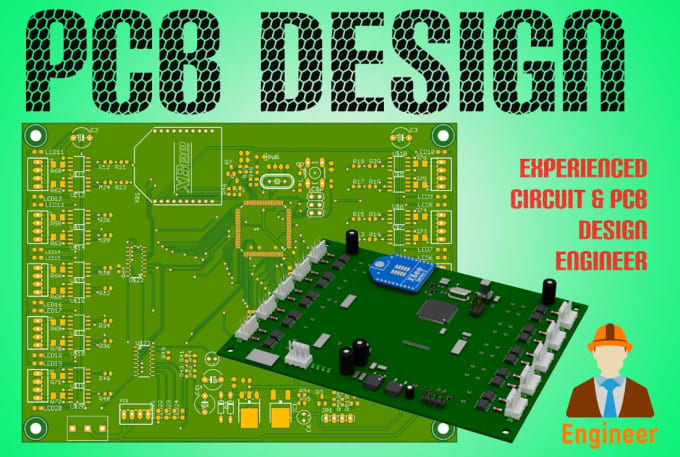 The designer combines all the functions that fall on to the board. Sometimes the needs are vast, and the plate can be either large or very complex. Much is needed for a design to reach the prototype stage. Defects are not necessarily detected during the prototype, as the design is sometimes perfect. In this case, PCB prototyping is used to validate and re-ensure that PCB performance matches. The main steps for prototyping printed circuit boards are listed below. Then, aspects of the dimensions (preferred sizes) of the intended printed circuit board are considered. After this stage, a visual model is created and, if approved, the last stage begins, which is functional and has an appearance. Everything received at this time is closest to the actual appearance of the circuit board.

Companies that offer PCB prototyping services may also directly involve themselves in manufacturing. This feature ensures that you minimize the error as much as possible, it also ensures that there’s no use of harmful chemicals, and the dimensions of the circuit board are as little as possible because exactly match the requirements of the latest electronic devices. The best way to present your ideas is to use prototypes and evaluate the real costs of producing your invention using a prototype. Although the first model may cost a package, you can estimate the cost of making a prototype. Testing a model is always more informative than any imagination you can collect. And remember that when you present your invention with a model, you are more likely to sell your rights to the company, because prototypes make the invention real for an expert. And if the question ever arises, the prototype is convincing proof that you were the first inventor of the invention.

Creating a new and interesting design for a paper scheme is one thing, and creating a real working model is another. The best way to find out if an idea or concept works is to create a prototype circuit board. This is the best way to make sure your concept works properly when it is converted to a physical board. If you want to get a prototype before launching a new product line or for any other reason, you need to use the services of a professional PCB Prototype Manufacturer for the production of printed circuit boards. Prototyping a printed circuit board is a task that is best left to professionals as it must meet exact specifications. Errors at the prototype stage can cause PCBs and products to fall during production. By submitting your designs to a professional fabricante de PCB who can accurately create your prototype, you can avoid mistakes that can cost valuable time and money. Here’s what to expect from a reputable PCB prototype company:

The prototype helps you find out if there are any flaws in your invention and if your invention works. Using the prototype, you can find out if the invention has the right size, shape, and shape. When you create a prototype, you can write a patent application and create patent drawings. This is because an artist can best draw drawings of your invention by looking at them from different sides of the prototype. The best use of a prototype is to help you sell or license an invention, as it shows the actual operation of the inventionPCB design and manufacturing companies offer flexible and rigid PCB prototyping services. Ideally, the process should begin with a professional look at your Design for Manufacturability (DFM) files. This means that considering various aspects of feasibility and performance will make your product more manageable. Your files are also checked for high-quality materials and fast processing.

Choosing an experienced PCB Prototype Manufacturer with a proven track record is another requirement. If your PCB Prototype Manufacturers have known for its quality, you can be sure that your prototype printed circuit boards are very accurate in every way. Typically, you need a PCB prototype provider that can help you troubleshoot, reverse engineer, or make changes to the same circuit. These additional services distinguish mediocre manufacturers from professional companies. The board undergoes independent tests to verify its functionality before being integrated into the environment for which it was designed. Each step is documented and recorded.

The prototype is one of the first units made from the test product, so modifications can be made before the development of a commercial product. Until 1880, inventors had to file a prototype of their invention with the patent office when filing a patent application. This is no longer a requirement, but prototypes are needed for other reasons. Errors must be resolved completely. In some cases, a new prototype must be created with changes. This prototype will undergo rigorous testing until expectations are met. Modern PCB technology has led to a significant reduction in the number of conductor crossings at different levels, resulting in reduced space requirements and higher packing density for electrical components. However, modern VLSI and other multi-pin configuration devices have significantly improved packing density and, therefore, the focus of interconnects.